Cereal of the breakfast : the sanitary swindle of the beginning of day

Cereal of the breakfast: "friends" who wish harm to you

I meet very often persons who imagine that cereal of the breakfast represent the ideal food to start the day. This situation is normal because they think that cereal have to represent the base of our diet and those intended for the breakfast supply necessary carbohydrates to like easily till to lunch. These cereal products so allow to have no raging hunger in the morning, thus avoid the problems of concentration and the eroding. This beautiful vision so wide-spread corresponds to the advertising mesages, totally unrealistic on the biological plan, that presents us the industrialists. If you look a little closer at products praised by advertisements, you will notice that they are always presented to contribute to our biggest happiness and that in reality they make especially the biggest happiness of the industrialists.

After this small bracket on advertisements and industrialists, let us return to our cereal of the breakfast. In the reality, they have a much more dark face for our food balance, our capacities of concentration and our health. They represent a real concentrated of sugar because of the ingredients which compose them and the methode of manufacturing.

Cereal of the breakfast are very often made from rafined grains. By using these last ones, the end product provokes hyperglycemias superior to those than our body should be (exposed).

Cereal, which we can find in the packages of the industrialists, do not exist in the nature. To obtain from shape so varied and sometimes extravagant, the industrialists well cook them to obtain a dough which allows them to create the forms which they wish. Regrettably, this important cooking is not without consequence. It contributes strongly to raise the glycemia because it transforms complex carbohydrates of cereal into simpler carbohydrate thus more quickly found in the blood after the meal. For example, al dente pastas have a glycemic impact lower than well cooked pastas. The glycemic index is 45 for the first ones against 55 for seconds. The effect of the cooking is more marked with industrial products because the cooking is more important than the one that you realize at home. The glycemic index of complete cereal sweetened is 45 while it is upper to 80 for cereal special K, upper to 70 for smacks. It's the same for the All bran which possess a glycemic Index of 42, what is relatively low, but all the same very high for a product containing 85 % of sound of wheat, sinc it has only a glycemic index of 15. When you read the nutritional composition of the All bran more, you will discover a product which contains only 27 % of fibers and especially 16 % of sugar, surprising for a product containing 85 % of sound of wheat and less than 15 % of sugar in its ingredients !

The sugar and the syrup (of glucose or glucose-fructose) are two ingredients added to most of the cereal preparations of the breakfast. They return much more attractive cereal of the breakfast by their sugar taste. They also contribute to increase the glycemia and to provoke an addiction in the sweet industrial products. Indeed, the sugar is considered by more and more doctors, nutritionist and psychologist as a drug for the effects of stimulation and dependence which it engenders.

All the ingredients and manufacturing processes thus favor important hyperglycemias, harmful to the health of the body on the long term (type 2 diabetes, cardiovascular diseases, overweights, metabolic problems, embrittlement of kidney, liver, eyes and nervous system, imbalance of the intestinal flora and the inflammation of intestines). Following an important hyperglycemia, we make systematically an important hypoglycemia which favors the appearance of the false hungers, often called raging hunger, and of difficulties of concentration.

A recent study carried out by the American NGO(NON-GOVERNMENTAL ORGANIZATION) Environnemental Working Group shows that certain cereal contain so much sugar as desserts. It also shows that the best cereal of the breakfast are not in presented at eye level and that packagings are much less attractive than those filled with sugar and praised by advertisements. When at the price(prize), although more nourishing, they are often cheaper because they are not or little transformed and do not have to bear the price of the publicity.

By drawing up the balance sheet, we can notice that industrial cereal of the breakfast which appear to the first blow of eye as relatively good become catastrophic products if we look at them closer. It is products which do not deserve to carry the name of food because if a part of ingredients results a lot of cereal, the end product has to see nothing more with cereal on the nutritional plan. Their packagings should even present at least a logo of dangerous chemicals appearing on packagings as saint André's cross

indicating an irritating or harmful product or still the death's-head

significant toxic or very toxic. Industrial cereal of the breakfast are not of products to begin well the day, they do not put into verse with one maid health. They allow simply to top up sugar and to make hooked in industrial sweet products. They are good neither for you nor for our children. They must be considered as sweets. To remain healthy, these last ones have no their place in our food habits. Less we eat of sweets, better we carry us. They can appear from time to time for the pleasure, but on no account regularly.

To stay on the theme of cereal in the breakfast, it is widely preferable to consume cereal not transformed as oat flakes or muesli, really supplying slow-burning sugars. These products generally have no coast because many persons find them flat because they are not sweetened. The whole bread or half complete, as cereal product, with a little butter is even better because it represents a meal much more digestible than cereal consumed with some milk or some yoghurt.

Finally, numerous persons are not very hungry in the morning in the alarm clock. On the place to force to eat cereal, requiring later a work of not insignificant digestion, it can be sensible to make a light breakfast with fresh fruit at least from time to time.

Sources : files Canadian on the nourishing elements on 2010. Table of composition Ciqual on 2008. Center of Information of Meats, nutritional Values of meats. Observatory of the bread, nutritional Composition of French breads. 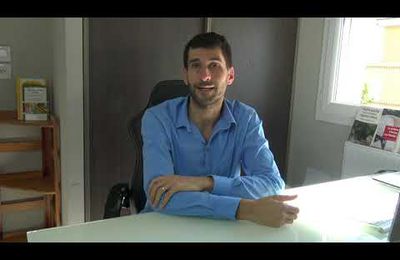 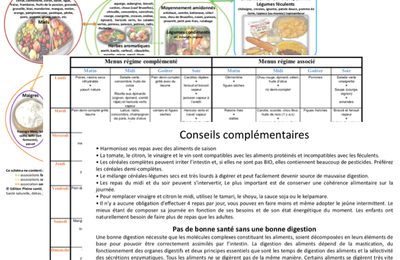